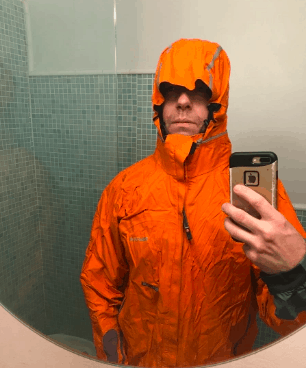 My mom kept lots of stuff and didn’t put much effort into thanking and letting go of things. Instead, she kept.

After she died, cleaning out the house was entirely my job (being an only child). And while previous to that I’d always thought, “That’s gonna be a horrible job”, I ended up loving every second of it. Going through the rooms and closets and chests and drawers was a surprising delight of my personal museumization.

I was able to get rid of most of the stuff. In fact, I reduced a 1400 square foot house packed to the gills down to a small U-Haul trailer. And most of the stuff in the trailer should’ve just been dumped.

But it’s hard to do that when you’re genetically predisposed to sentimentality.

But we’ve hit a limit. My family lives in a NYC apartment.We have no space for sentimentality. And there’ve been some ridiculous things I’ve clung to if only to laugh with you, dear reader, about my absurdity. I’d like to think I’m not a hoarder, but the items, herein, might make me look like I’m ready to have a collection of dirty pizza boxes crowding the 23 cats’ litter boxes.

But it’s OK to let things go, too. (Mind you – I started composing this email long before Marie Konde’s Art of Tidying Up lit up our Instagram feeds. I was just late in publishing it cuz I was certain I’d find new items to add to this post.)

For example, this felt like my own personal stuffed animal massacre. I searched online for a (for lack of a better word) humane way to recycle or up-cycle my kids’ neglected stuffed animals. Seriously, they never gave a stuffed rat’s ass about Elmo. Isn’t that crazy? Elmo never figured into our lives. So even though I thought it terrible to trash him, I did it,anyway. And though I felt guilt walking away from trashy Elmo, I haven’t given it much thought, since.

Oh, and as for up-cycling, there’s a lot of suggestions on Pinterest for turning stuffed animals into chairs and furniture (no shit)and then one non-profit that sends them to child victims of hurricanes and natural disasters. But when a dear friend who’s brother survived Caribbean hurricane Maria and told his sister (my friend), “We need water, but people are sending fucking stuffed animals!” I nonchalantly made a mental note not to send my kids’ discarded Beanie Boos to St. Thomas or San Juan.

When I pulled these out of my mom’s massive pile of“Gavin’s childhood stuff with which I just can’t part”, I was thrilled to find these Return of the Jedi sheets. They might as well be sand paper at their 40-or-so thread count.

I remember the time at Target when I begged my dad for them, and because my frugal mother wasn’t there, he acquiesced, but sort of made me look away so I wouldn’t see them in the cart. Not sure what the point of that was, but I vividly remember being forced to walk in front of the cart so I “couldn’t see the sheets” and Dad could gift the sheets to me for my birthday.

And I was able to put them on my son’s bed for awhile.And then the little asshole ground silly putty all over the corner of the sheet. And I just can’t even with the “googling how to remove silly putty from your vintage Return of the Jedi sheets that your dad gave you.”Because sometimes it’s just time to say goodbye.

This over-priced rain jacket was a purchase from a very stressful time of my life. I bought it, impulsively, when I was going to Alaska to hike with a friend to temporarily escape a confused chapter of my life. My hiking friend had most of the equipment and a place to stay that we could call home base as we hiked/camped for a week on the Kenai Peninsula. And because I only needed this jacket one day during a glacier-viewing cruise, I actually had the gall to try to return it. (The store manager rolled his eyes at me.Justifiably so.)

I wore the jacket for about eight years. But when the rain started seeping through every single seam to the degree that I felt like it was actually pooling inside the jacket more than it was repelling the wet, I supposed it was time to say, “peace out”.

Just – what was I thinking with this shirt?
In a way, just “documenting” the life (and my memories of) these items allows them to live on in perpetuity and (and provide endless laughs).

Here are two items made from 1980’s plastic that survived storage for a very long time and with my own kids for a much shorter time. But I mean:antique plastic, right? I was mildly annoyed but didn’t get upset when, in one day, both items were broken by the jerk-face kid. (I don’t even remember which one it was.) But I suppose just because I keep something for 30 years doesn’t mean it’s meaningful to anyone else. Meanwhile, they were both having fun with the trumpet, still, despite the broken mouthpiece was basically a shard of plastic just waiting to stab toddler gums and lips.

These have already gone bye-bye.

This stash of gift bags I’ve shoved into a bedroom corner:

I kept dozens of gift bags from our baby shower and subsequent birthday parties. Seriously: will I ever actually re-use them? Not only do theylook creased and smashed, but I alwaysforget to use them.

This reminds me exactly of the extra bedroom closet in which my mother stored recycled wrapping paper and bows. I found it so unsightly the way she would fold and preserve wrapping paper and then I’d have to sift through the scraps to wrap things, myself. But now I applaud her giftly conservatism.I’m just unable to even with this 5-year-old stack of gift bags that I never remember to use.

Hopefully they can be recycled. Fingers crossed.

I bought it to attend a wedding in 2007. Just because it still fitsdoes not mean it should be worn,again. Aren’t the ravages of fashion trends the worst? This was a perfectlycool linen suit for summer weddings when I bought it.

But when I dusted it off for a wedding, last summer, I looked like aclown. It just doesn’t fit according to 2019 fashion rules. And no: no oneneeds to be a slave to fashion and trends. But seriously – look at the rumpledlook at the ankles. Did I ever lookgood in this?

So life will be easier once I retire (trash) these items and without their nostalgic weight pressing down on my shoulders. They’ll live on inintrawebs infamy, instead. So it’s time for thanking and letting go.