Yesterday: A Good Day Not to Die

Yesterday was a good day not to die.

My father died when I was eight years and fifty days old.

Today, my child is eight years and fifty-one days old, and has officially lived with a father longer than I did.

That is a crazy milestone that I’ve anticipated for years. I’ve calculated it down to the day (clearly). There’s a weird sense of relief – to think I’m sparing my kids the tragedy that befell me.

After the loss of my parents, I’ve of course maintained memories, their presence is always with me, but sadly, their memories fade in my mind as I grow older and busier and my own brain calcifies.

But I never, ever forget their death days. Every single time I see or hear the date (November 14th), in whatever form (11/14) it gives me pause. These simple numbers are singed into every crevice of my brain. With every conjuring of these calendrical digits, my mind takes an instantaneous detour from its intended path.

And I’m grateful for “taking pause”. My life is more based in emotion than math, so it’s refreshing to have numbers divert my forward momentum. There’s nothing emotional or messy about numbers. They just are.

And “11/14” doesn’t make me emotional or messy. It just makes me be. And it reminds me I’m experiencing a day unique from other days – like visiting a museum or marching in a rally or celebrating a holiday.

So. Back to life with/without my dad.

He was struck down after a heinous battle with brain cancer. It was gnarly, given his war wounds from his time as a U.S. Marine, his linebacker stature, and the tragedy of his young age. For two years he lived with a terminal diagnosis. He tackled it head-on with humor and determination. He kept on keepin’ on because of his mighty strength of character. And when his body expired, everyone in the family was relieved…because it was an exhausting fight.

I cannot imagine the anguish his sickness caused him or my mother – two people halted from pursuing all-American dreams at age 38; not in a quick tragedy, but in a drawn-out, gruesome one. And all while trying desperately to maintain a sheen of calm for their 8yo kid.

Having aged several years more than my father when he died, I see just how damn lucky I am – to witness my children’s growth and to have my health; to prioritize my kids’ development over everything else, and to have the luxury of getting wrapped in petty day-to-day crap that shouldn’t matter (but luckily does) because my life is not reduced to survival.

I wish I took more pauses on a daily basis to be present, and not just on visibly jarring number-days like my parents’ death days. (I should definitely get on that “meditate 3x/wk” on my vision board before I regret not having done so.)

I might burden my kids with the emotional weight that they have it better than I did when I was eight years and fifty days old. I think death isn’t something to be shunned or hidden, but rather confronted and discussed.

Or maybe I should just hug them an extra few times.

And have a drink to cheers my dad.

And just keep keepin’ on…with an occasional pause for gratitude. 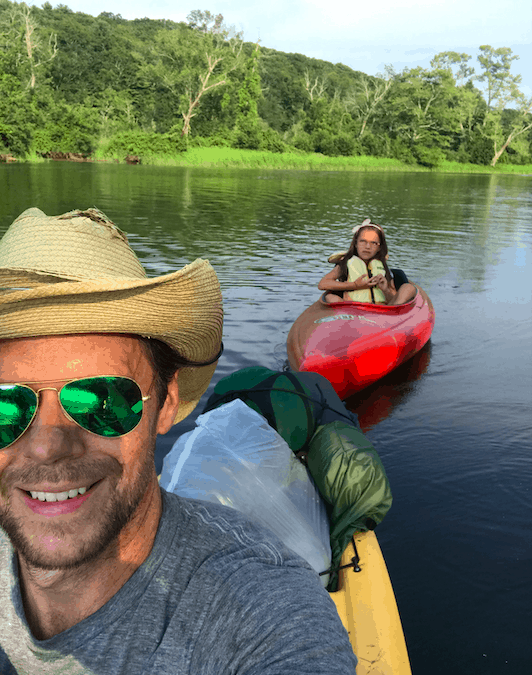