Dear Other Dude on the Playground… 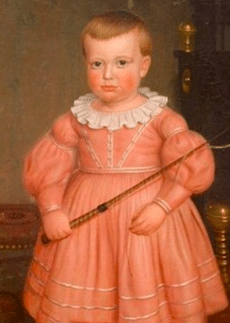 Dear Other Dude on the Playground on Saturday –

I couldn’t fight the need to write you about an incident between our kids.Remember me? I was the dad with the son wearing a pink dress.

Before he burst onto the playground, and as I parked the car, he was positively vibrating. I asked, “Now…you’re sure you want to wear your dress?”

He shouted in response, “Yes! Because I want to show everyone how beautiful I am in this beautiful dress!”

It was a big deal for him; and for me.

He hasn’t asked to wear a dress “out,” before. I didn’t fight it. Who cares, right?

As you noticed, he couldn’t contain his excitement showing off the dress to the only two kids playing…your daughter and her friend. He skipped and twirled and chased them for ten minutes shouting, “Do you like my dress? I’m wearing a dress! Can I play with you? Will you play with me?”

Remembering those ten minutes fills me with emotion…because his unencumbered joy thrilled me. He radiated happiness. He beamed like a sun, like a firework, like every clichéd metaphor for joy. Except it wasn’t a metaphor. It was glorious.

How I wish he could hold on to that pure excitement.

How I wish I could watch him be that thrilled every day of his life.

I’m sad because society somehow tamps down such delight. It’s embarrassing to the rest of us. Except behind closed doors, when do adults (or even teenagers) jump around with excitement? And some day even my little boy will probably be self-conscious about such excitement.

And of course, wearing a dress in public might not always bring him such unabashed joy.

Your daughter and her friend were obviously older and uninterested in welcoming a new playmate. (Especially one so desperate…nay, aggressive…in his playtime invitation.)

But my son continued, “Do you see my beautiful dress? It’s a Sleeping Beauty dress!”

Then my reticence was confirmed when your daughter walked by me saying to her friend, “I don’t want to play with a boy in a dress.”

I admit I wanted to trip her.

I think it’s safe to assume you’re a heterosexual father and you live in rural Connecticut. Parents probably don’t allow their kids to gender-bend. (You don’t even see it much in NYC.)

But when your daughter said to you, “Daddy, that boy is wearing a dress,” your response was a pure gold moment, for me: “Well…you’re wearing pants, aren’t you?”

I was touched and surprised by your compassion.

Like you, I just want my kids to be happy. And while I worry that wearing princess dresses might one day bring tears of betrayal for my son, right now, he loooooves to do so.

Thank you for showing my son support for his choices.

Thank you for bringing more acceptance to your (understandably) inquisitive daughter and for being the other dude on the playground to help me learn and grow more confident.

I fully anticipate others insulting my boy’s self-expression. That obviously petrifies me. That’s what makes me tamp down (but not outlaw) the dresses. I want to protect my exuberant cherub from betrayal and shame for as long as possible. (I know that’s a losing battle, but still. A daddy can try.)

But more important that sadness is his self-expression. So we go with it and compliment him and encourage him, putting off that day of sadness for as long as possible.

And then we’ll deal with that.

So: thank you for encouraging my son’s joy.

You helped me be a better father, in turn.

Thanks, other dude on the playground.