On a Quest for Breast Milk 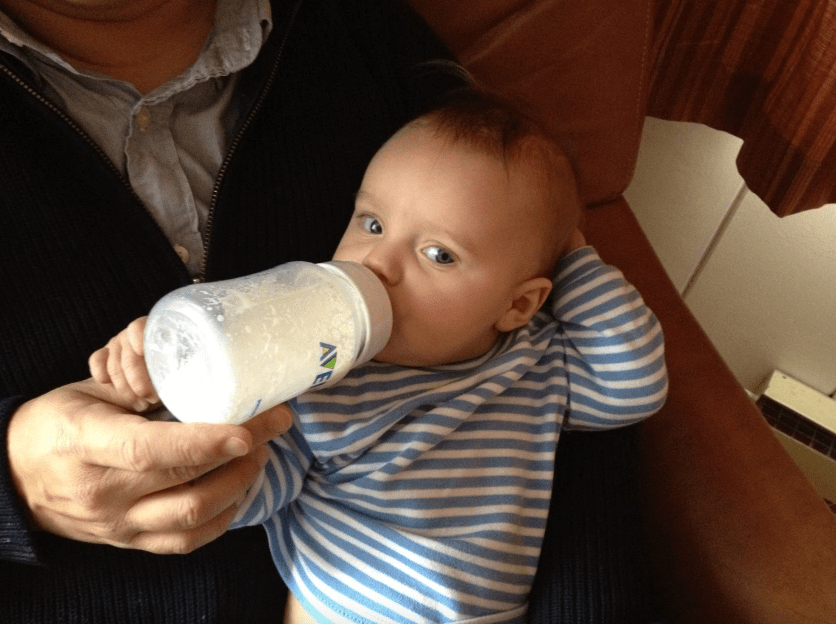 During our pregnancy with my first kid, I was on a quest for breast milk and researched tons of sources. Doctor friends told us it would be the greatest gift we could give our newborn.

We were lucky that a friend had twenty pounds of frozen milk in Denver just after Big E was born in Colorado Springs. We packed it on dry ice and overnight’d it to New York.

There had to be another way. This was unsustainable.

I’d already learned that milk banks weren’t the way for us.

For starters, I figured there was a milk bank in every major city in the country. At the time of this writing, there are twenty two. A few years ago, the closest location was in Massachusetts which would have shipped 4 oz of milk at $7/ounce plus shipping.

So…already this was tremendously cost-prohibitive.

Further, the milk banks pasteurize. This might be a good process for sick, fragile newborns, in which case, that’s awesome. They kill bacteria and cleanse the milk. However, these bacteria are what strengthen the baby in its growth and are a natural part of the child’s intestinal development. I mean – it’s not like they’re licking a subway pole.

Plus, milk banks often refuse milk from mothers who have colds or aren’t in perfect health. But sick mom milk is the best kind for growing babies…full of antibodies.

I asked doctor friends what needed to be avoided, and obviously I couldn’t feed my baby milk from a woman who was HIV positive and it would be smart to just avoid hepatitis.

But further, breast milk is absolutely magical, especially between the breast-feeding baby and the mother. (So in this case, it wouldn’t help me, but still…the science is fascinating.)

A doctor friend of mine in New York City would actually lick her newborn’s hands after being out in the city because it’s believed her body would receive signals about the germs the baby was exposed to, thereby triggering certain antibodies to be developed in the breast milk. LOL. And amazing.

But for us, the quest for breast milk at milk banks wasn’t worth the price of shipping sterilized milk. There had to be another way.

Another Google search led me to “Human Milk for Human Bodies” (HM4HB), a global Facebook network of women with full freezers who don’t want to dump their milk.

Posting locally in New York City, I quickly found generous women willing to give me their frozen supply.

When meeting them, I awkwardly asked, “Um, I don’t mean to offend, but I’d be remiss in not asking if you’re a meth addict or HIV positive or if you flavor your milk with Nestle Quik?”

In each case, the women laughed and said, “No. But you’re smart to ask.”

I trusted them. Who would go to the trouble of pumping, freezing and the rigamarole of posting of FB if they were Hep B positive meth addicts?

One woman, a yoga teacher, had a completely full freezer. I stuffed two Trader Joe’s bags and my backpack with frozen milk. Plus, Big E hung on my chest in the Bjorn. I swear they doubled my own weight. After walking innumerable blocks and taking a subway, I questioned whether my shoulder pain was worthwhile.

But my kid drank breast milk for two straight weeks. Because this donor was a yoga teacher, we called hers “soy milk.”

Another time, I carried Big E into outer Brooklyn for a pick-up. As I stepped onto the outdoor subway platform, I called the donor, as planned.

I looked around and, twenty feet away, saw a woman waving to me.

When I reached her I asked, “How did you know it was me?”

“Because you’re the only white guy, here.”

I looked at the people around me. I hadn’t realized that every person in the subway was Asian.

Ah, the fabulosity of New York.

Like them, promote them, use them and you, too, can be on a quest for breast milk. Help us all flourish.