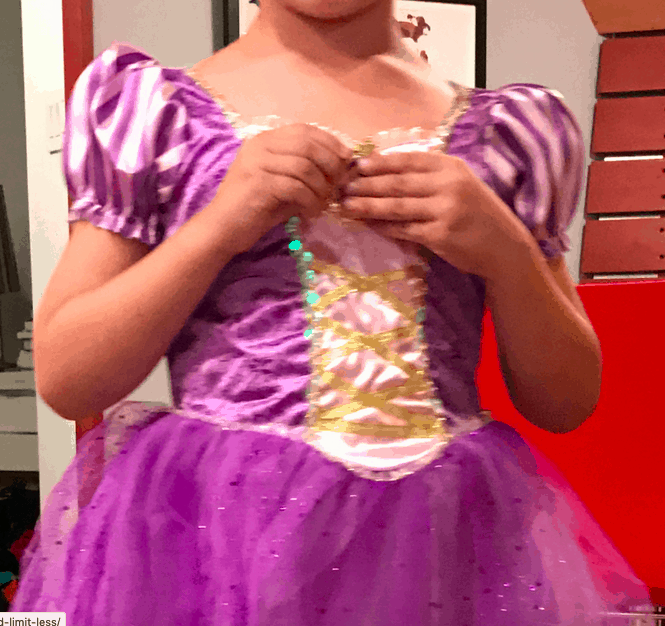 Over the last year, I’ve had several conversations about sexual identity and gender orientation, a topic difficult for anyone to grasp, let alone our black-and-white culture.

And I just think, why can’t we live in a label-less and limit-less way?

I try to shrug it off and be Zen. Many parents in the U.S. have already tread this path….evidenced in blogs/news/facebook/life. A boy in a dress is not that big a deal.

Aaaaaaand…it still scares the shit out of me.

I don’t want him to be teased.

I want him to feel safe.

And this all comes from my own experiences.

I came to my current “sexual definition” later in life. After a youth of romance with the ladies, I unexpectedly fell deeply in love with a man (he with whom I share my life and family, right now.) Without going into great detail (you can read about that in my as-yet-not-at-all-conceived book), my greatest struggle “coming out of the closet” at age 28 was the fact that I didn’t feel like I had a closet to come out of.

I was just suddenly loved a dude.

Until then, I had never felt confused. I hadn’t had a “trouble” with women.

No, it’s not shocking that I found myself with a man – I was never the boilerplate macho meathead spewing virility. I was teased for being “gay” as a kid, though I wasn’t…technically. But I also didn’t lie awake during my teens and 20’s thinking I was doing the wrong thing with the wrong gender.

And reconciling this at age 28 was difficult because I didn’t want to be painted into a corner.

Why did I need to be labeled a completely different person because of the person I suddenly loved?

Plenty of my friends condescendingly said, “Mm-hmm. Sure,” in response to me feeling label-less.

Some friends asked “are you bi?” And I was like, “I dunno.” Another screamed, “You’re gay! Get over it!” And one particularly sweet friend rolled her eyes at me when she mocked me, “Right. You don’t want to be labeled.”

Right. Is that so hard? Label-less and limit-less?

I wasn’t trying to eek from one orientation to the other through the “clichéd-by-the-media-or-whatever” path from straight to bi to gay.

That choice was really difficult. Why? Because of social fucking constraints.

I’m not saying I reserve(d) the right to go back to heterosexual knockin’ boots. By current social convention, “jumping back and forth” is virtually impossible.

But why must it be so?

Isn’t there more depth to human connection than what moral (or church or government or repressed political) convention allows for?

When we allow ourselves to ponder our place in the world, reflect on what makes us deeply happy, meditate on more than making and spending money; when we’re really allowed to ponder our place, our identity, and our desires – aren’t there hundreds of ways we relate to each other that could be interpreted as “gay” but are actually just different dimensions of human relationships?

So when someone asks me now, “Do you think your son is gay?” I refrain from snarling or barking. But I do want to scream, “How childish are YOU for needing to label my 5-year-old son? He just wants to wear a dress! Can’t he just have that without being defined for the rest of his life? YOU need to grow up.”

Here’s to a label-less and limit-less society.