How to Save America: Redistricting Reform 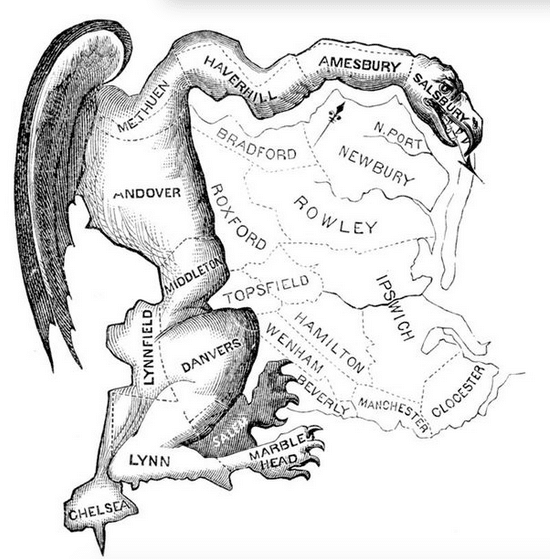 Y’all? I don’t like to stir up drama over politics. But even I have my limits. Bring your gerrymandering fury and get your pitchforks. How to save America? Enough gerrymandering.

Did you know American democracy experienced its third strike out, this week? I’m not sure if that means if the inning is over, but god DAMN it was a doozy line-drive straight into the catcher’s mit of corruption. We the people swung and missed big time and the pitcher was Chief Justice Roberts.

“Enough of the metaphors, dude. Get to the point of how to save America,” you’re saying?

“Wait, what?” you say. “I might’ve heard something about it. And wait – what’s gerrymandering, again?”

This epic news was buried in the morning-after de-briefing of the absurdist Democratic debates and Trump’s latest morning ablution tweeting.

How was this not front page news everywhere for ten days? Where were the protests? Why didn’t I start my own protest?

The term “gerrymander” comes from 1812 when Massachusetts Governor Ebridge Gerry drew a Boston congressional district looking like a salamander. They still look absurd in their design Seriously – click here and look at the shapes and tell me this make sense in promoting democracy and encouraging voters’ confidence their votes matter.

In this surgical and data-driven manipulation of voting, a white voting district might be drawn to pick off black votes from their own neighborhood, then the black votes are made a minority whose votes are diluted by the majority white vote, thus negating the black votes in that district.

I repeat: gerrymandering undermines democracy by diluting the power of a minority voice by shoving it into a district with an obvious majority voting demographic.

Or in much more cogent terms, a friend who works to fight gerrymandering stated to me, “imagine if one of the kids in your class was cheating. You would go to the teacher and expect the teacher to stop the cheating. What the Supreme Court did is the allow the teacher to say “cheating is not my problem. Students should figure it out among themselves.”

So last week, two court cases recently made it to the Supreme Court to fight extreme gerrymandering – an extreme democratic district in Maryland and an extreme Republican district in North Carolina.

I ABSOLUTELY thought these cases would be upheld in the Supreme Court to illegalize hyper partisan gerrymandering. These cases demonstrated the absurdity of this age-old American practice in both political parties.

But nope: Chief Justice John Roberts said in his majority opinion, “It’s been done like this for years and the Supreme Court refuses to wade into partisan spats.”

Johnny, you handed over the drawing of voting districts to the extremist fringes; you’re helping make our districts extremely Republican or extremely Democratic. And who wants this? (Except the extreme fringes?) There’s nothing centrist or rational (or American) about this. As a judge? You just made a hyper-partisan ruling on something you claimed you’re avoiding to maintain non-partisanship.

Yo, Roberts: you’ve just disenfranchised voters across the country of all political creeds and stripes.

Along with the Citizens United decision (justifying unlimited amounts of special interest and rich peoples’ campaign contributions to sully our political process in the name of free speech) and the Russian interference in the 2016 election, this 2019 decision undermines American democracy and the equal representation of all voters like never before.

The third strike in the silencing of our voting voices.

We should be furious – except a supreme court judgement is more concrete than a voting issue in Congress.

This is epically more challenging to overcome.

The unlimited donors will be able to buy statehouses and control further political gerrymandering to cement the influence of the hyper rich.

I’m nauseous. How to save America? We need bravery in our leaders.