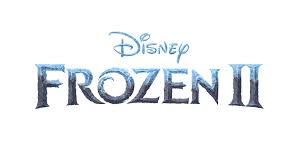 You won’t love it.  Kids will basically like it.  Conversation starters:  Exploitation of indigenous people.  The importance of spirituality.

Disney is not known for making kids more woke. Sure, they are often on trend for cultural movements like being super queer friendly and paying lip-service to environmentalism (Pocahontas, Moana). But with Frozen 2, Disney has blown up princess tropes and jumped feet-first into seriously complex themes of world society. We saw Frozen 2, this weekend. We spent a lot of time time with Arendelle Royalty several years ago. There was no way not to catch up with the Norwegian gang.

Don’t get me wrong: over all, it’s fine. Frozen 2 is often ridiculous (a fire-creating chameleon? WTF?), perennially frustrating – seriously with the Barbie doll figures and ginormous eyes?), and occasionally touching (here’s looking at you: Olaf animators.)
But my main takeaway was the dense story. Frozen 2 dives into pagan nature worship and the betrayal of indigenous peoples by Western society. It’s utterly over the kids’ heads, I’d say. But down the line, the movie is making kids more woke. And I am HERE for it!

Frozen 2 has a through-line celebrating the nature-worship of the Northuldra, an indigenous tribe based on the Scandinavian Sámi peoples. (It was this culture that inspired the opening song in the first movie.) The Frozen 2 writers and directors signed a contract with the Sámi to avoid appropriation and respectfully celebrate their indigenous culture. Throughout Europe before the continental subversion of the Catholic church, pagan societies worshiped nature. They turned with the seasons, lived as one with flora and fauna, and shared a spirituality with the energy flowing throughout the world. These people worshiped five elements of nature: water, fire, wind, earth and then that “fifth element” nebulously defined as love/humanity/spirituality. (Yes, Luc Besson’s The Fifth Element is about this spirituality albeit set in the future.) It is these five elements of pagan worship that drive the plot points of Frozen 2. There’s never been a Disney movie that dives so deep into environmental spirituality. But then, with the growth of the Catholic church across the continent, competition and domination were the operating forms of societal organization. A symbiotic relationship with nature was replaced by fear and avoidance of the natural world. (Don’t stray from the path, avoid the wolves, “be good, don’t be wild”, state all of our nursery rhymes and fairy tales from Western “civilization”…and further developed by earlier Disney movies.) Anyway. Back to the five elements. We come to find that Elsa’s frozen magic has come from the marriage of her Arendelle father to her mother who was part of the Northuldra tribe. And her magic came from this environmental worship of the four elements. She is, in fact, the fifth element, placing her next to Milla Jovovich’s character in Baz Luhrman’s Fifth Element.

Further, Frozen II allegorically addresses the betrayal of indigenous populations by Western conquerors. It turns out that Arendelle society harnessed and limited the magic in nature when the “old white patriarch” literally stabs the indigenous leader in the back. Modern world civilization has been built on the backs of Native American genocide, African enslavement, and Asian colonization. Western societies have profited from the stabbing in the back of indigenous peoples throughout the world. All of these societies had symbiotic relationships with nature. (Meanwhile, Western/European society has always tried to harness nature.) The themes of the five elements and subjugation of indigenous peoples is not fully fleshed out in Frozen 2. It’s a movie with complex themes shoved between tongue-in-cheek 80’s power ballads and whatever tangent Olaf follows. But I appreciate that I will be able to point my kids to Frozen 2 for a simple jumping off point for deeper exploration of life’s complex themes. For that, I thank you, Disney. You done good.