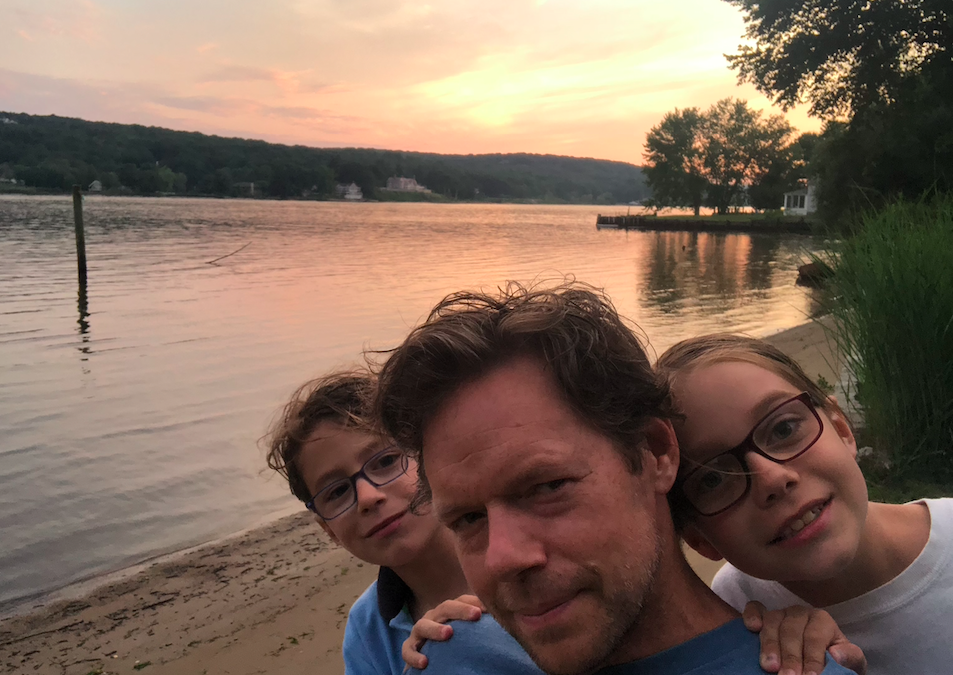 So…had a funny moment with the kiddo the other day that conjured a lot of disclaimers, self-doubt and diversity.

A new kid was joining his class. He talked about it for several days before the new kid (we’ll call him Tom) would transfer from another school.

My kiddo was so excited for something new like this. Also “I won’t be the new kid, anymore, Daddy!”

The fact that Tom would be joining the class was addressed several times over a week and the day of Tom’s arrival at school, my kid was all a chatter about his arrival.

We de-briefed the day at dinnertime.

In my excitement for my kid’s excitement, I started asking questions.

“Is he…taller or shorter than you?”

“He’s shorter,” (and my son indicated his chin to show Tom came to there on him.)

“Does he…talk with an accent?” (Meaning: does he come from Texas or California or Staten Island?)

I had no time to register where this was going as he spoke so adamantly and quickly. I just nodded.

I honestly didn’t know how to react. I was so taken aback absorbing his disclaimer and then suddenly…the punchline.

Immediately my other kid piped up “We don’t have any people of color in my classroom. But it’s okay to say that.”

Suddenly I was scrambling to keep up with the two of them. This was one of those unexpected parent/child talks that surprised me as much as our impromptu discussion of sex that began around having “grown-up naked time.”

I pulled it together to interject, “Buddy, that’s okay to tell me that. You’re telling me something about his skin color and that’s totally cool.”

But why was he so defensive and what did that mean about discussions we’ve had about race in our household and if this was a reflection of white fragility, a misunderstanding about people, or if I’m just so reactionary that my kids are afraid to tell me simple facts.

So much to unpack. So many disclaimers, self-doubt and diversity.

We’ve certainly talked about race a lot in our household. We marched in our small-town Black Lives Matter marches, this summer, we made signs, discussed the movement and the history of African-Americans in America.

I suppose it’s a good thing that my kid aggressively states that skin color is not a bad thing, I just wish we saw it as an element of positive diversity. Let’s put a positive spin rather than a defensive spin, shall we?

I’ll be working on that.

Next up, I hope my kids never hold back details or think we can’t discuss race in our household. Talking about diversity and the ways our world is enriched by differences should be celebrated.

Skin color is a feature of someone’s being not a judgment on their character.

And we aren’t a household that pretends not to see race.

My kids will always hear from me that skin color is a physical difference and that sometimes that brings a whole host of historical context. We need to learn and talk and educate ourselves about what this history means and how it affects our friends and ourselves. We have to consider this when seeing our place in the world and our roles in society.

But also, despite history’s foibles, our family will be aggressively anti-racist, consider our actions and choices, and know that every person around us is deserving of respect and consideration, and we can speak without disclaimers, self-doubt and diversity discomfort.

And we need to try to see the world through other eyes, as well.

“And in the meantime, you should do your best to make Tom feel at home in his new school not because he’s Black but because he’s new.”

“I know that, already, Daddy.”